Ever wondered about open-air cinemas in Milan in summer? You can enjoy a fun evening out watching movies under the stars and enjoy the summer atmosphere Italy is famous for!

A rather charming tradition that is still happening every summer in Italy is that of the open-air cinema. Milan has several that are dotted all around the city, a popular past time for locals and tourists alike!

A great way to spend an evening with your friends, family, on a date, or by yourself, Milan alone has many open-air cinema options, showcasing a range of movie from recently released ones to older Italian movies.

We suggest you start your day with an X City tour, see all the best sights of Milan before discovering the cinemas. Milan has so much to offer, so get to know it a bit first then go and relax in front of the big screen. This way you can get the balance just right between sightseeing and relaxing - and all the while feeling like a local!

AriAnteo comes to life in summer, offering a few different cinemas in various locations: Palazzo Reale, Umanitaria and Incoronata, three different and equally beautiful locations, opening at different times through the summer. Cinema Umanitaria is in collaboration with Società Umanitaria and at Cinema Incoronata they use wireless headphones!

Cinema Bianchini is a popular outdoor cinema in Milan located on top of one of the most famous and breathtaking sights in Milan: The Galleria Vittorio Emanuele. Cool huh? They also offer a ”secret” cinema, in a secret garden somewhere in the city and a drive-in cinema, which is in the Idroscalo, which we previously mentioned in our Summer Lovin’ blog post. Am I the only person who has the scene from ‘Grease’ pop into their head whenever someone says ‘drive-in’?

Another popular drive-in is the one in the Bovisa drive-in, located just outside the centre of the city (which shouldn’t be an issue if you’re going to a drive-in….) this is a fun activity to do with a group of friends. Sit down, relax and tune into the movie on your radio!

But that’s not all - we are really welcoming you to a world undiscovered world in cinemas! Milan has so much to offer that we don’t even realise! Parco Tittoni is an outdoor cinema in a park and under the stars - we can’t think of anything more Instagram worthy! - Although perhaps don’t get the insect repellant!

Mare culturale urbano is a great space that hosts a variety of activities, including, of course, the open-air cinema! A real hub in summer, this cultural centre is worth the visit!

Let's go back to how to spend your day before the cinema - summer is the time for exploring and discovering, as well as relaxing, enjoying the atmosphere and making memories! Our tours are the perfect way to get to know a city, the start a bit later in the day to you can avoid the worst of the heat and allow you to explore the city at your own pace. We can also organise customised tours so get in touch if you are interested! 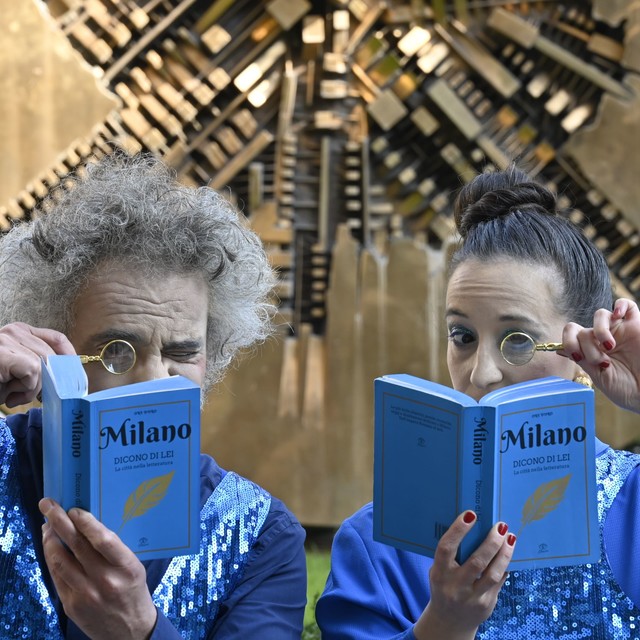